Click on appropriate link to take you to the article: 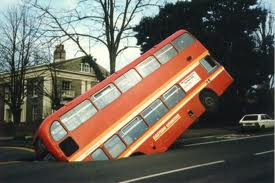 Members will be pleased to hear that Matt Williams' book entitled was published in early June 2017. Members will recollect that Matt has given us a couple of very interesting talks in 2014 and 2016 on this general theme. He indicated on both occasions that a book on the topic was in preparation.

NES AGM 2020 was held eventually on Monday 5th October 2020. It was a virtual event attended by 20 Members. The delay as everyone is aware was because the current Covid19 pandemic had meant that it was impossible for the Society to hold public events and the fact that a significant fraction of our Membership is in the more vunerable sector of constituency.
Back to index

The video shows bridge construction by Balfour Beatty (Birse Civils) for Norfolk County Council as part of the A47 Postwick Hub junction improvement. It is 38 mins long in four sequences (no sound):

Sequence One. - 14 to 18 April, (18 mins duration). The first view (from 14 to 18 April) shows the beams being assembled in the compound, the main crane being rigged and (go to 10 mins), on Saturday 18 April with the A47 closed to traffic the beam pairs being lifted on to the eastern piers.

Sequence Two - 24 and 25 April (go to 18 mins, 11 mins duration). The view shows the A47 closed to traffic, with the arrival and rigging of the main crane (go to 19 mins), arrival of the first beams (go to 23 mins) followed by lifting on to the western piers.

Sequence Three – 9 May (go to 29 mins). A fresh view shows central span beams being lifted into place and the de-rigging of the crane to move to the other side of the bridge for the final two lifts.

Sequence Four – 9 and 10 May (go to 33mins 40 secs). The view moves to the other side of the bridge, showing the crane being rigged and carrying out the final two lifts (the lens is foggy briefly.)

For regular updates on this and other Transport for Norwich projects email "Transport Matters sign-up" to norwich.transport@norfolk.gov.uk.
Back to index

NES visit to Hadiscoe Bridge in 1928 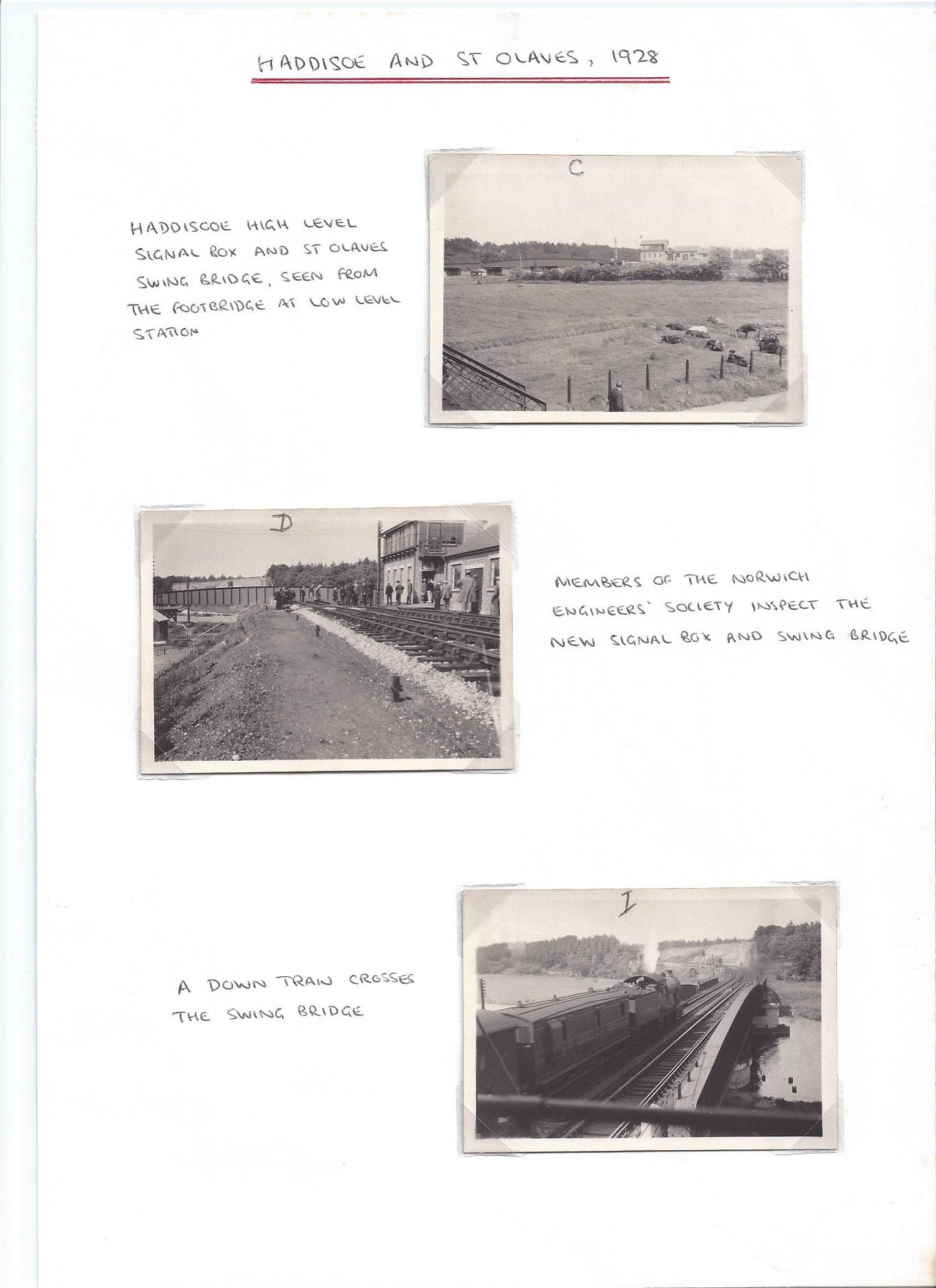 In a recent rummage through the records of another Norwich based Society, a mounted page of old photos emerged of a visit by Members to the newly refurbished railway bridge at Hadiscoe. Thought Members might be interested in the document! - Editor.

This year's competition, organised by the Rotary Clubs of Norwich, Norwich St Edmund and Reepham, was held at the CNS School on on Friday Feb 28th 2020. The Tournament was making a welcome return after missing out in 2019 because of a last minute cancellation of accommodation 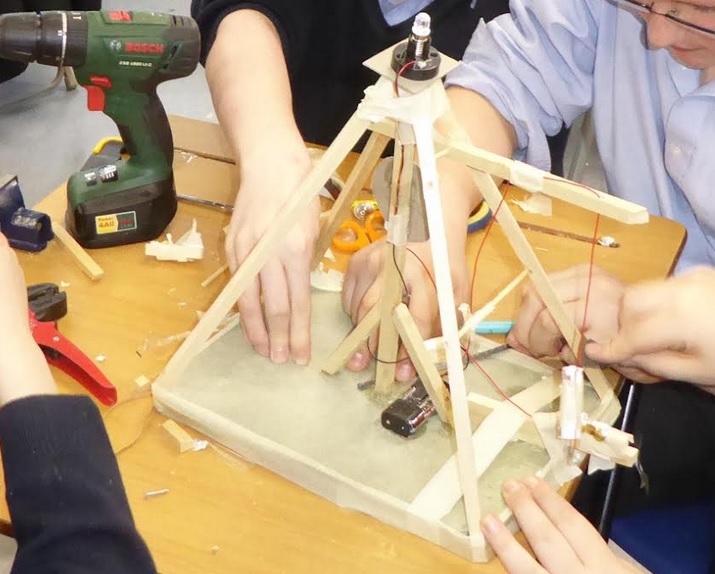 Activity began at 09.30. when Chief Judge ,Tim Birt, introduced the teams to this year's task; based on the concept of constructing a flashing beacon. Clearly the task had to be scaled back somewhat for inexperienced teams to complete in a day's activity and available materials!!

The task was attempted attempted by teams at three different levels; Foundation, Intermediate and Advanced. The difference between the levels was in the nature of what they had to design and achieve. Foundation team were expected to build a simple flashing beacon whereas the Advanced teams had to create a system that could get as close as possible to flashing 10 times and only 10 times within a time period of 10 seconds

About 20 teams from schools in Norwich and surrounding areas will participate in this year's competition. Society Members were invited to attend the event and helped create an enthusiam and interest amongst the participants without actually giving individual teams direct assistance. Members were very much impressed with the imagination and the skill level that the youngsters displayed in tackling the problem in hand.

The tournament was judged not only on the success of the final product but also on a portfolio of design briefs, teamwork and the methods employed for both the build and test regimes. This mix and the amount of attention that the teams had in successfully balancing these deliverables had an important impact on the overall outcome of the competition.

Without exception each of the teams set to and produced strategies that with care could have worked within the time set aside for it. This year most teams actually managed to get a functioning system working within the specifications at their level. All the advanced level teams managed to complete the task. The final order being decided on the quality of the documentation.

NES has helped sponsor the event since its inception over 10 years ago. Each year NES also helps with several Members acting as judges. This year Member Tim Birt was again be Head Judge. He was assisted by Past Presidents, Richard Aldridge, Tony Meacock and John Rant. A most important feature for each team is that it is the taking part that matters and that every team goes away feeling that they had done something worthwhile!
Back to index

At the end of Dr Lucy Collinson;s excellent presentation last November she invited the Society to come to the Crick Institute and see the facilities. The President has set up the visit for Wednesday April 25th 2018. 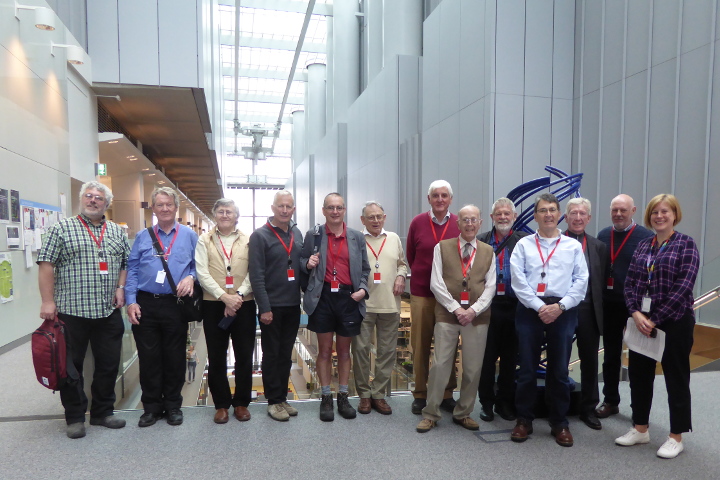 A group of 12 members duly arrived on the day and were met by Dr Collinson. The first part of the tour consisted of general overview of the building. Lucy told us about the history of the building and outlined some of the constraints encountered during the design and build phase.

For the second part of the tour we were split up into two groups and shown in closeup of the workings of Lucy's Electron Microscopy group. She and Martin Jones showed us both the transmission and reflection mode devices and showed us how the samples are prepared and shown how the data is acquired and analysed.

Many thanks to both our guides for taking time out of their busy life and to their co-workers whose work was interrupted when we entered their workspace.

For a fuller visit report use link Crick Institute Visit Report.
Back to index

After a recent splendid talk by Alex Mason as this was the Society\'s nominated Charity Lecture a collection was taken. It raised the superb sum of £250.

The Society's nominated charities for 2019-20 are Action Aid and Cancer Research UK. As several of our previous speakers had waived their expenses and asked for them to be donated to a charity of the Society choosing the Society decided to combine the collection with the waived expenses.